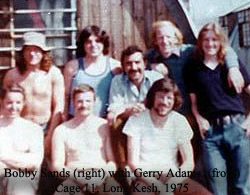 On the anniversary of the death of Bobby Sands Gerry Adams has paid a personal tribute to Bobby and his comrades who died on hunger strike twenty-eight years ago.

I have a lot of friends. I feel a real sense of privilege about being able to say that. Friendship is one of the great blessings of life. The strength of this blessing should not be judged by the number of friends it involved. Some of us go through life with only one or two friends. I suppose it depends on how you define friendship. When it comes down to it maybe none of us have any more than one or two friends who we would trust completely or who we would do anything for. Or who feel the same way about us.

But being involved in struggle for a protracted period, being in hard places, in difficult circumstances is a great equaliser. Being part of efforts to change this and being successful even in small ways brings its own special sense of achievement and confidence and empowerment. And friendship.

Involvement in struggle is a great way for people to bond. Friendships forged in these conditions endure.

That’s why I say I have lots of friends. Lots of us have come through difficult times. We have been in hard places. We may not be in as much contact as we should be. We may have moved on in our own lives. All of us are older. Personal circumstances have certainly changed for most of us. The politics and tactics and mode of struggle have been transformed. The world is changing. So is Ireland. But core values should never change. That includes the value of friendship.

Bobby died on this day, May 5, at 1.17 in the morning. He was on the sixty six day of hunger strike. If Bobby had not died he would be fifty five years old. Who knows what he would be doing today. My guess is that he would be active in struggle. Bobby was like that.

We first met in Cage 11 in Long Kesh. Bobby was articulate, committed, curious about struggle and modes and forms of activism. He attended lectures and participated in debates, read voraciously and was always eager for a one to one discussion on any number of issues. Bobby also learned his Irish in the Kesh. By the time we met he was an accomplished Irish speaker. He loved sport, was a decent soccer player, a robust Gaelic footballer and a good singer. He practiced guitar regularly in the ‘study’ hut in our cage and did a very passable version of Kris Kristofferson’s Me and Bobby Magee at Cage hoolies. On one particularly memorable evening he and other comrades did a hilarious performance of Queen’s Bohemian Rhapsody.

Bobby was married with a young son, Gerard. He was in Cage 11 serving a sentence for possession of handguns which were found in the house he was arrested in. Bobby was released in 1976. He returned to his family in Twinbrook and, among other things, he began to tackle the social issues bearing down on people there. Six months later he was arrested again. This time not far from the scene of a bomb attack and a gun fight. Bobby was in a car with three other young men. There was a revolver in the car.

After almost a year in custody on remand all four were sentenced to 14 years imprisonment for possession of one revolver. The judge admitted there was no evidence to connect any of them to the bombing. They were all transported to the H Blocks of Long Kesh and to the prison protest. That was in 1977.

He was to die four years later still on protest. While on hungerstrike Bobby was elected as the MP for Fermanagh and South Tyrone. I could write a hundred blogs about him and the other hungerstrikers or the women in Armagh and the blanket men in the Blocks. But I won’t.

I think about them most days in some small way or other. I mention Bobby today because this is the 28th anniversary of his death. So on a day like today memories come rushing back.

My sense of Bobby? Bobby was a wonderful human being. He gave his all for the Irish cause. And for his friends.

What greater love than to lay down your life for your friends? 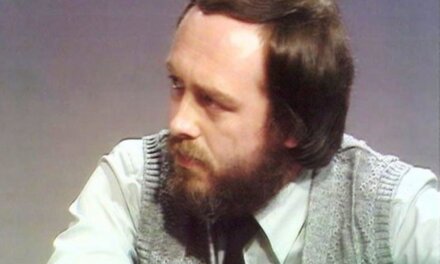