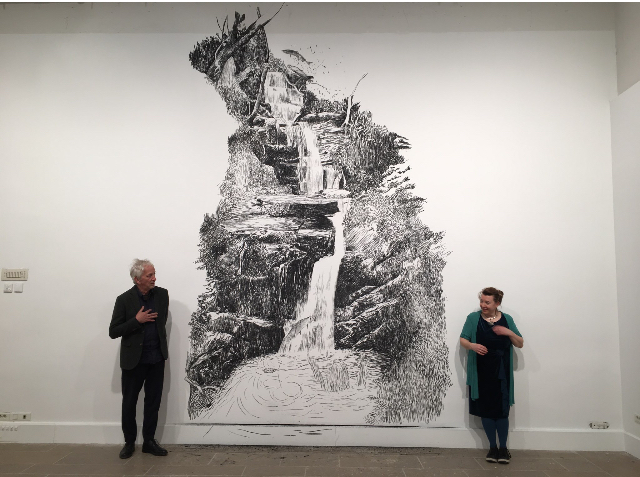 A new exhibition of four hundred original drawings by the Franco-Irish artist, David Ryan, opened in the Centre Cultural Irlandais in Paris and continues until 30 June—part of which and can be viewed online here.

Though the exhibition is entitled ‘This is not a revolution’ (reference to the poetry of black power), the notice board, ‘This is a Revolution’ completely assumes the ambivalence of the title between ‘This is not’ and ‘This is’, as something that is worked out in negotiation, in the search for other possible worlds … 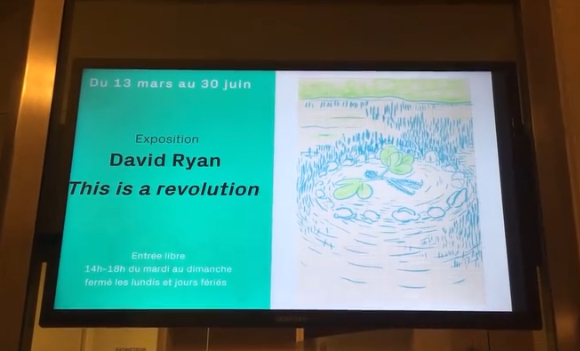 Begun in June 2020, the four hundred drawings exhibited in CCI—complemented by Coline Le Moine Veillon’s sound installation—tell of the adventures of the Chasseur de trèfles (or, Shamrock Hunter), a mythical character personified by the artist himself, and his acolyte the Bushboy. ‘Bushboy’ was the affectionate name given to David by local children with whom he worked in West Belfast on his visits with his family. 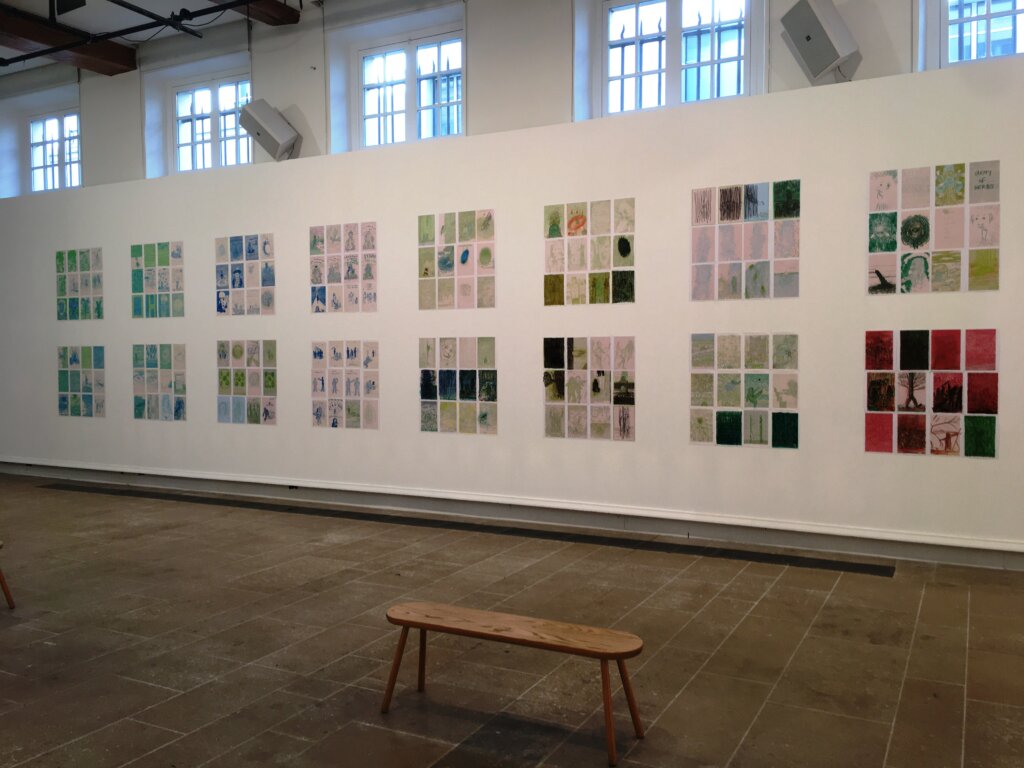 Back in 1981 David was deeply affected by the hunger strike and decided to take his Irish mother’s surname, Ryan.

The mesmerising drawings, metaphorically, enigmatically, fantastically and autobiographically, intertwine mythology and current affairs to tell the story of the Chasseur who is ‘born’ the same year that ten men died on hunger strike. It explores forms of freedom and the quest for happiness through videos and works on paper depicting tears of pain and joy over forty years of exploration.

Drawings are displayed in blocks of twelve sheets of graph paper (borrowed from Minimal Art), many of which form an ‘H’, in memory of the H-Blocks and the prison protest, and transforms the letter ‘H’ into a meaning of Hope. 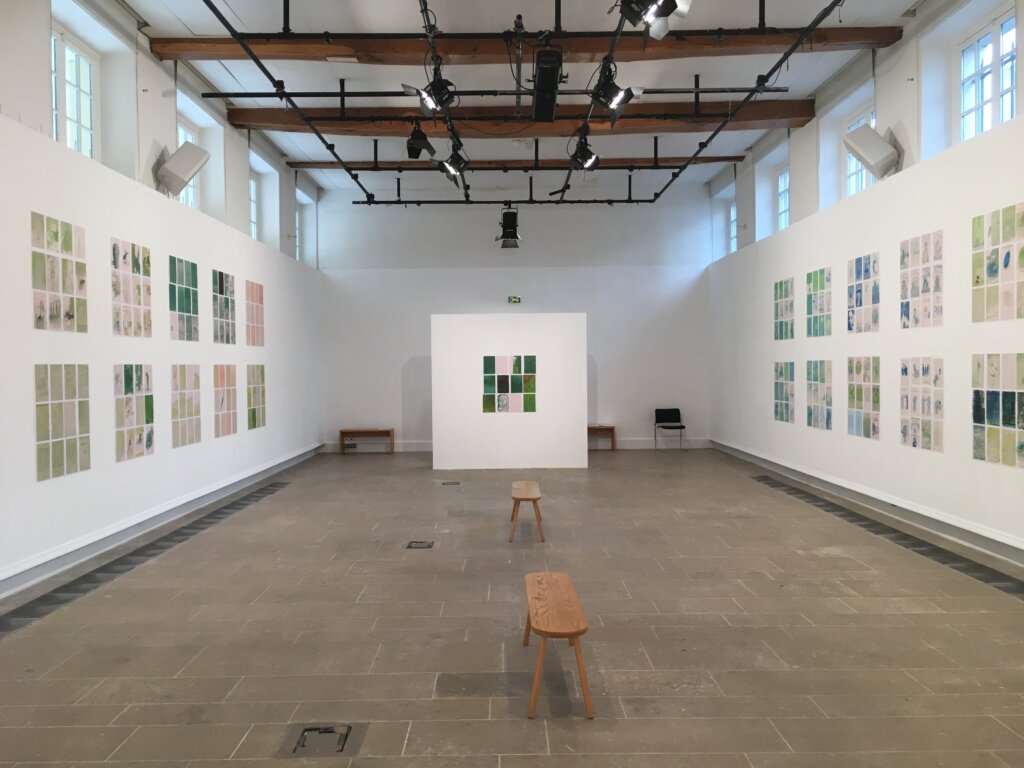 The story and quest for meaning flow like the current of the monumental waterfall inscribed onto the back wall of the exhibition.

In the artist’s own words : ‘Bobby Sands’ dream of becoming an ornithologist will come true, the oppressors will transform into butterflies, the army of the bushes will become the shelters of birds.’