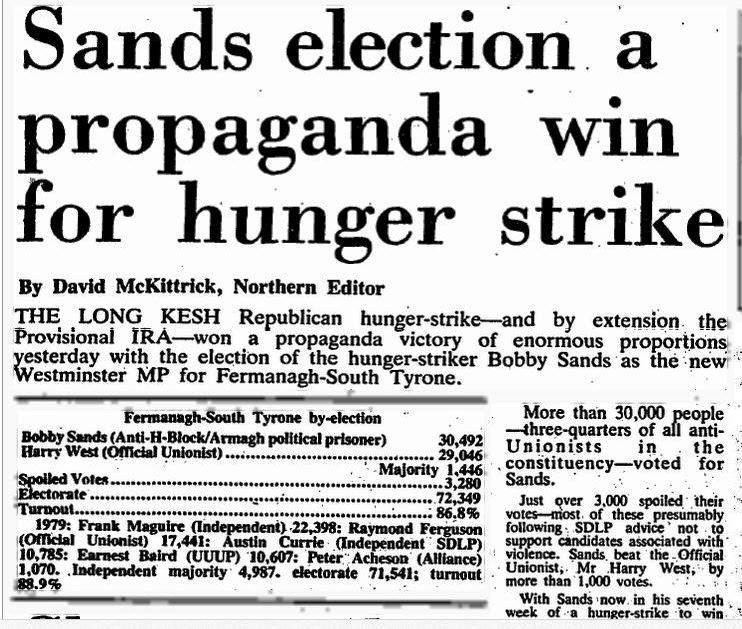 On 9 April, 1981, the people of Fermanagh and South Tyrone went to the polls in a by-election to fill the seat held by the late Frank Maguire, an Independent MP, who died just five days after Bobby Sands began his hunger strike. 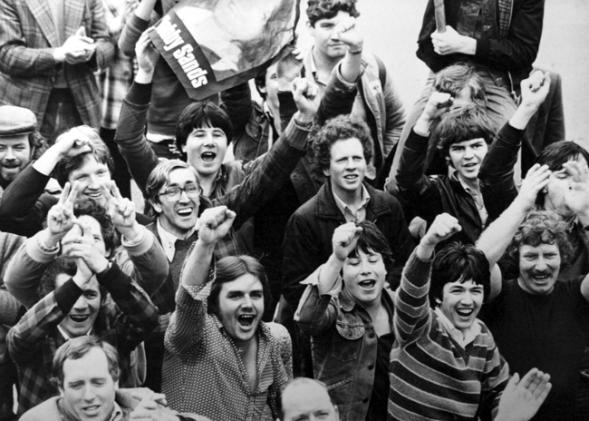 Result announced outside the election count at Enniskillen Technical College

The following article which appears in the latest An Phoblacht was first published in the Andersonstown News on the twentieth anniversary of Bobby Sands becoming an MP. Link to the site here. 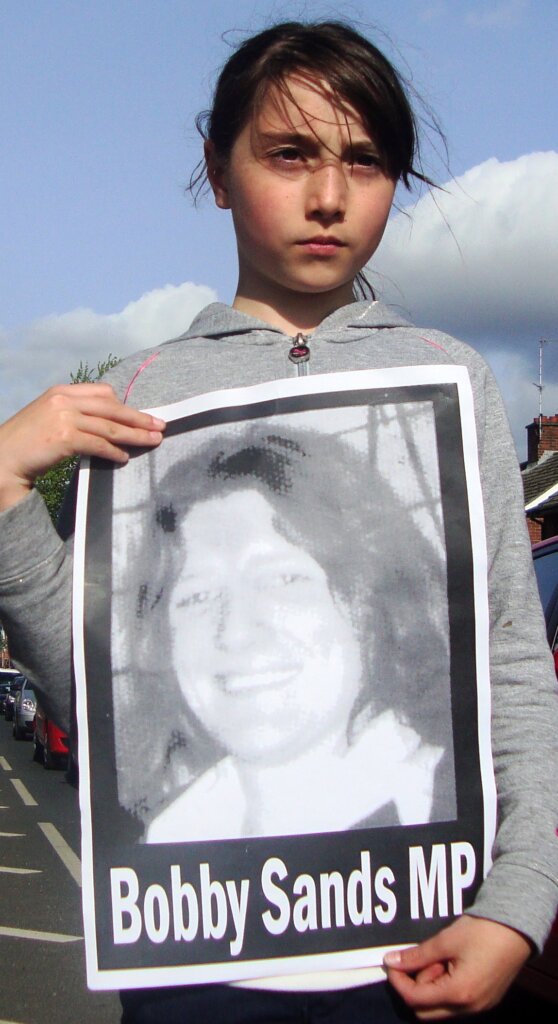