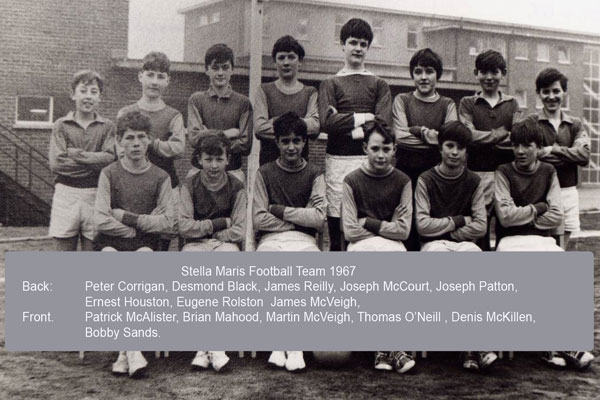 Researchers at Stella Maris Secondary School have unearthed early photographs of a young Bobby Sands as part of their study of past pupils who were killed during the conflict. On their website they say: “Twenty six past pupils whose names are known were killed during the ‘troubles’. Of these, twenty four were boys and two girls. Most were in their late teens or early twenties. One, John Rolston, was murdered within two days of leaving school. Three were killed by the Provisional IRA, another three accidentally when handling explosives, nineteen including the two girls by loyalist paramilitaries and one, Bobby Sands, died in prison on hunger strike shortly after he had been elected M.P. for Fermanagh and South Tyrone. Eight families who had one or other parent killed in those years also sent children to the school. The full account of those from the school and area that died in the conflict can be read here. 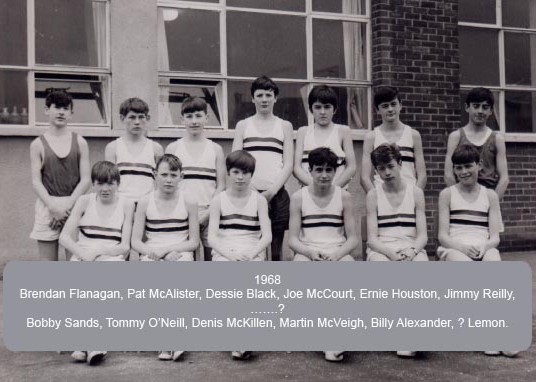