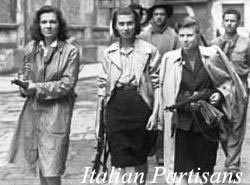 The memory of Bobby Sands and the struggle for Irish freedom are to be celebrated in Italy at a special conference on 24th April. The Historical Institute of Resistance in Pistoia (a city near Florence in Tuscany), which is an institute related to Italian anti-fascist resistance, each year chooses an internationalist theme: last year it was South Africa; in 2008 it was Ruanda.

This year, 2010, it will be dedicated to the Irish struggle for freedom. The City Council of Pistoia and the Province of Pistoia will both promote additional events throughout the province.

Planning began on the 9th of January for students of secondary schools at a conference hosted by the journalist and the author of the book ‘Storia del conflitto anglo-irlandese. Otto secoli di persecuzione inglese’, Riccardo Michelucci. A second conference of 300 students of Irish History, attended by journalists and local television, was addressed by the author Silvia Calamati (and translator of Bobby Sands’ writings) on the 16th January. A short film on Bloody Sunday was shown and was followed by a Q & A.

Former republican prisoner Rosaleen McCorley will address the 24th April conference on the historic legacy of the 1981 hunger strike and the event will also include screenings of films related to resistance to British rule in Ireland and the political gains made by the Republican Movement. For further information contact Salvatore at dinobros@tiscali.it