Another Brick In The Wall

Thirty years ago today, Bobby Sands began his hunger strike. From South Africa, Andre, who was then just thirteen writes about how he felt. It is followed by an interview with former South African political prisoner Srinivasa Moodley about his memories of the Irish hunger strike and how it inspired his own prison life. The interview was carried out by Eoin O’Broin and was first published in April 2000.

“How time flies – is it thirty years since hunger strike at Long Kesh.

“I had just entered high school that year (I was 13-years-old) and I followed it intensely – so few people had TV (remember the ‘devil box’ only arrived in our country five years previously) so I rushed home to wait for my aunt to arrive with newspapers.

“A very good Irish Catholic teacher and a few other politically active teachers got our class to write letters to hunger strikers much to the consternation of our headmaster and others – most of them Anglophiles and conservative coloured teachers who did not even confront apartheid in their own country, much less identify with a struggle abroad.

“It was in many ways a defining moment for me and my growing political awareness then. In the winter of 1981 we were in the middle of two month intense class boycotts and met with vicious repression when schools were terrains of struggle, so what was happening in Ireland found an immediate resonance with some of us.

“On hearing the news of Bobby Sands death we gathered on the school quad and held this moment of silence and said a prayer (I was intensely religious then ). It was a small group of us. We were just a group of working class coloured kids who a few years before did not even know where Belfast, Ulster or Derry was.

“A number of years and tears later our political prisoners also tried the hunger strike tactic and there were candlelight vigils like I imagine Sinn Fein employed.

“I personally will never forget those H-Block prisoners and their example.”

In 2000 Eoin O’Broin interviwed former South African political prisoner Srinivasa Moodley about his memories of the hunger strike and how it inspired his own prison life.

The 1970s in South Africa were an exciting time. Under the example of Steve Biko, young black students were organising and mobilising within the movement for black consciousness, challenging decades of discrimination and racial oppression. The heart of this movement was the South African Students Organisation (SASO). In his weekly columns, ‘I Say What I Like’, Steve Biko, writing under the by-line Frank Talk, broke every censorship law, taking the South African government to task for Apartheid and its continual abuse of the human rights of the majority of South Africans.

“For those of us from the Black Consciousness movement, the death of the Irish hunger strikers brought us tremendous pain but also a feeling of immense pride, immense admiration, for people who can give their lives in order for people to be liberated,” says Srinivasa Moodley.

In 1974, the South African police arrested the editor of the SASO newspaper. At 28 years of age, Srinivasa Moodley was a tall foreboding figure, afraid of neither the police nor the consequences of his political activity. But Strinni (as he was known to his friends) was not the real target of the police. They wanted the man behind the Frank Talk columns. Spending two years on remand, Moodley was tortured to reveal the name and whereabouts of Frank Talk. His refusal to talk cost him another five years in prison, as he was sentenced and sent to Robben Island. Within a year, Steve Biko was dead, assassinated by the South African authorities, and the Black Consciousness Movement was either in jail or on the run.

For Strinni Moodle, life was about to change dramatically. Robben Island was home to the leaders of the African National Congress, such as Nelson Mandela. Moodley was about “to meet the real revolutionaries’”, people who had become like legends outside the jail. But on his arrival, he found something very different. There was no political status within Robben Island; there was no education, no reading material, no proper clothes or amenities. For the young student radical, such conditions were not only unbearable but the absence of any resistance against these conditions was a crime.

“So we said, to hell with all of this. We are not going to do this. So we began our own war within Robben Island. We knew what was being done by political prisoners in the north of Ireland and in Algeria and other prisoners all over the world. Political prisoners were standing up in prisons. And particularly in Ireland. So when we first heard of Bobby Sands we were also in the midst of our own war.”

Moodley and the other young radicals saw themselves fighting a battle for liberation which was connected to other world events, in America, in Europe and especially in Ireland.

“We identified with the IRA’s struggle against British domination,” he says. “So when we read about the action of Bobby Sands, that was when we embarked on our own hunger strike. We saw in Sands a true comrade, a person with whom we fully identified. We used the example of Sands in our arguments when we were taking decisions about what we did.”

Moodley and eight others began their hunger strike for political status in 1981. Their demands included education, association, clothing, and other basic human and civil rights. South Africa, however, unlike Ireland, does not have the same tradition of political hunger strikes. It is an alien concept for many people, and especially the older generation of political prisoners in Robben Island. Nelson Mandela, in his autobiography, recalls Moodley’s hunger strike and how many of the ANC prisoners pleaded with the young Black Consciousness radicals to come off it lest they die. But the hunger strikers were adamant:

“We told them,” says Moodley, “we won’t stop until the prison authorities meet all of our demands.”

On the 14th day of the strike, by change, a delegation of the international Red Cross, including their president, were on a routine visit to Robben Island. As they met with the prisoners, they were informed that nine hunger strikers were being kept in the punishment wing and needed to be seen urgently. The prison authorities hoped that the Red Cross would not see Moodley and the others but the Red Cross president insisted and the meeting went ahead.

By this stage, Moodley weighed about 42 kilograms and was in poor physical condition. The Red Cross delegation was so shocked by the state of the hunger strikers that they exerted enough pressure on the prison authorities for them to concede most of the prisoners’ demands in a phased manner. So, by the time Moodley left prison in December 1981, all of the conditions which appalled him on his arrival were beginning to change: Robben Island was almost a new place.

After his release from prison, Moodley wrote a play called ‘Prison Walls’, which told the story of three prisoners and their differing relationships with the prison system. Of the three, one had lost his spirit and was conforming to the system, the second had an ambiguous relationship to that system, and the third actively challenged the system, standing up for his dignity and human rights.

The play ends with the assassination of the third prisoner. The play was intended to give people an “understanding of the power of people like Bobby Sands”. The play was dedicated to three men whose influence on Moodley’s life was enormous – Bobby Sands, George Jackson and Steve Biko.

Reflecting on the sacrifice of the 1981 hunger strikers, Strini Moodley says: “For those of us from the Black Consciousness movement, the death of the Irish hunger strikers brought us tremendous pain but also a feeling of immense pride, immense admiration, for people who can give their lives in order for people to be liberated. For me as an individual, when you give your life in order to benefit others, that is the greatest gift that you can give.

“Ghandi, Martin Luther King, Malcom X, Steve Biko, George Jackson, Bobby Sands, these are symbols for humanity. Because they were articulations of humanity. They made the greatest sacrifice for their fellow human beings. They died for the sake of the human race.” 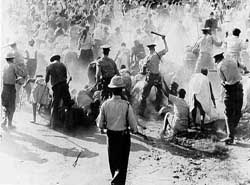 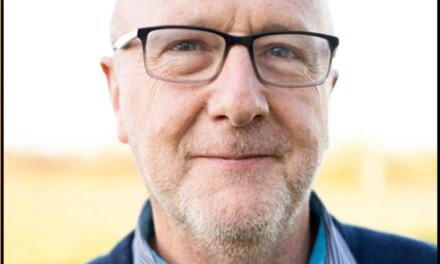