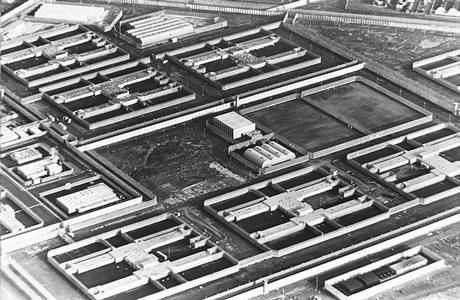 Veteran republican Gerry O’Hare reviews the recently published book, The Escape, by Gerry Kelly, the Sinn Fein MLA for North Belfast and former hunger striker who was force-fed for over 200 days in British prisons in 1973 and 1974 after receiving two life sentences for the Old Bailey bombing.

There have been dozens of books and television documentaries detailing the hard and sometimes tragic stories of those imprisoned in the H-Blocks and Cages of Long Kesh. For republican prisoners incarcerated within its forbidding walls, however, there was always only one story.

Within the ranks, each OC would appoint an escape committee charged with bringing successful breakouts to fruition. That is every republican’s duty in jail. To get out – and get out quickly and then report back for duty outside.

Long Kesh was Britain’s answer to Colditz. London boasted each H-Block was “a prison within a prison”. And the entire prison was located inside a well-fortified British Army camp.

The psychological intention of the H-Blocks was to isolate prisoners from their comrades, with walls and razor wire to block views of any area outside each individual block.

The prison was intended to be impregnable. But every prison in the world has a weak point. Finding it is the problem. And therein lies our story.

This account of the 1983 escape has been written by Belfast man Gerry Kelly who once said that he would rather escape than be released.

Kelly’s relaxed style of writing and humour belies a mind capable of assimilating the minute and intricate detail needed to bring any escape plan to the starting block.

We learn how there was a strictly-enforced “need to know” policy to protect internal IRA security. One escapee only learned he was going within ten minutes of the break-out – and even many on the outside were only pulled together the night before.

They faced a series of problems, of course. But Kelly was shocked to the core when a prisoner with a vital role went into his cell on the day of the escape and withdrew, on the grounds that he had only a short time left to serve. With just hours to go he had to be replaced. Two others were approached and immediately volunteered to fill the gap.

In the build-up to the escape we are taken on a journey alongside the main characters. We read about their problems and frustrations and their determination to achieve their freedom.

Maps and escape routes are well-documented. We learn of the prisoners’ ingenious schemes to get weapons in for disarming the prison officers.
Kelly tells us that after the 1981 hunger strike the republican prison leadership took a crucial, strategic decision to end all aggression with prison officers so as to create a more relaxed regime. The prison officers themselves – worn out by the long battles – fell only too gladly into the trap.
A “Who’s Who” in the Kesh flows off the pages. Too many to single anyone out.

By my count there must have been at least 20 back-up prisoners whose job was to facilitate the escape. Crucially, many of the roles they played were to prevent the prison officers and others interfering. As you read the book, you will see that they unselfishly played their parts to the full. And, of course, later paid a high price.

Where to start explaining the escape? My head is already dizzy with the preparations. I think telling their story and the details have to be read by you, the reader. I would be spoiling your enjoyment and pleasure.

What is useful and gives a real sense of the escape is the dialogue, written in italics which, we must presume, are the authentic words of the escapees reproduced by Kelly.

As they burst out to liberty on the outside roads, support teams fulfilled their roles. Well, almost. The story of those who escaped well away from the walls of the Kesh unfolds and we hear about the prisoners who managed to reach the south and beyond.

Kelly breaks down each group and tells their story. One group is as large as eight although some prisoners almost immediately found themselves on their own.

One group of four decided to hide in the nearby river, cold sinking into their bones. One of them was Bobby Storey who, at six foot eight inches, was the tallest. The water came up to his chest. As the men began shivering with cold, he ordered them to stop. Naturally enough, that was something the men simply couldn’t obey and eventually the slight movement on the water surface was spotted by an RUC Reservist who opened fire.

Stripped to their underpants, the four were frog marched at gunpoint across a field. Storey, however, wasn’t wearing underpants and was marched totally naked with his hands on his head. Back in the jail, they were mercilessly beaten by the prison officers for half an hour before a prison governor began to re-establish control.

Kelly himself, along with seven others, holed up in Lurgan under the floorboards in a specially constructed but by then disused arms dump for two weeks, before being taken over the border.

Bik McFarlane’s group crossed rivers and found some rest in the home of a Born Again Christian family.

Escapee Kevin Barry Artt from Ardoyne was actually picked up by the RUC and taken to Lisburn police station where he was kept in a waiting room for over an hour before they decided he was of no interest to them and was returned to freedom again.

Only one of the escapees never appeared in the public eye again. Intriguingly, the book says Tony McAllister left the country soon after the escape and has since died from natural causes after building a new life and family in a mystery location. Other stories of what happened to the escapers are mind-boggling.

Tony Kelly, for example, in a half-dressed state, fled the Gardai in County Donegal, hiding overnight and the following day in a frozen ditch as the snow fell. Half-dead from frostbite and hypothermia, he somehow managed to make a phone call for help and took over a month to recover from the ordeal.

Another escapee, Peter ‘Skeet’ Hamilton, died when Gerry Adams was elected as TD for Louth. Dying of cancer, Hamilton presented himself to vote for the Sinn Féin leader in the constituency, passing away the same day Adams was declared elected.

Kelly himself points to the fact that on becoming a junior minister in the Office of First and Deputy First Minister one of his responsibilities was the Maze/Long Kesh site and that he had gone from tenant to landlord.

The book’s appendices include a list of every one of the escapees and their ultimate fate, whether that was recapture, death on active service or total disappearance. They also include a list of those prisoners who assisted in the escape, while not escaping themselves, and who have since died (such as Larry Marley from Ardoyne and Pat McGeown from Beechmount).

Kelly has told his story well. Where there is a will there is a way. This book is a ‘must buy’ for friends this coming Christmas and is available £12.50/€15 at Sinn Fein Art Shop, 55 Falls Road, Belfast; Culturlann, Falls Road; Culturlann Derry; Shipquay Books, Derry; Sinn Fein bookshop, 44 Parnell Square, Dublin; various Easons shops