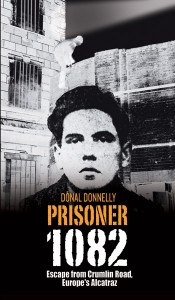 Dónal Donnelly, from Omagh, was sentenced to ten years for membership of the IRA in 1957, during the Border Campaign. However, three years into his sentence, using hacksaw blades, torn sheets and electric flex, and running a gauntlet of searchlights, alarms and machine-guns, Dónal went ‘over the wall’ and escaped from Belfast’s Crumlin Road Jail. As 12,000 RUC men and B Specials pursued him in the cold, wintry days after his escape, nationalists and republicans gave him shelter and support.

Now, as the fiftieth anniversary of his daring escape approaches, Donal has written a remarkable account of how he beat the authorities and made it to freedom, and his subsequent life.

His book, ‘Dónal Donnelly – Prisoner 1082 – Escape From Crumlin Road Jail, Europe’s Alcatraz’ will be published by Collins Press and is being launched in Dublin Castle on Thursday, 8th April, by Robert Ballagh. Also, there will be a reception to mark the publication of the book in Crumlin Road Prison on Sunday 11th April at 3pm when the guest speaker will be Monsignor Raymond Murray, former Chaplain to Armagh Jails.

The book will be reviewed here by veteran republican Gerry O’Hare next week. 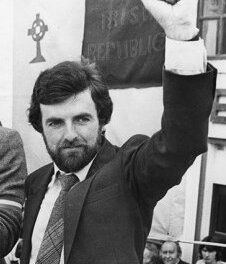