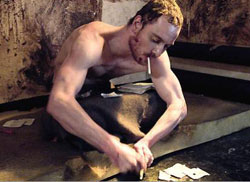 ‘Washington Post’ Staff Writer Ann Hornaday reviews, 3rd April: “Hunger,” the feature debut of director Steve McQueen about the 1981 hunger strike of IRA activist Bobby Sands, defies such run-of-the-mill questions as “Is it a good movie?” or “Should I go see it?” McQueen, a Turner Prize-winning artist who has become a sensation on the museum circuit, has made a film as dazzling as it is unsettling. (Yes, he has a famous name, and no, he’s not related to the late actor.)

Stark, meticulously composed and almost unbearable in its uncompromising depiction of violence, suffering and self-sacrifice, “Hunger” is the kind of film that is often excruciating to experience but that reaches transcendent heights rarely achieved in everyday cinema. And, as recent headlines from Northern Ireland make grievously clear, McQueen’s mission — to short-circuit easy slogans and disposable polemic and instead give viewers a visceral understanding of the brute realities of political violence — could not be better timed.

Nominally, “Hunger” is about Sands, who died in Belfast’s notorious Maze prison after starving himself for 66 days. But “Hunger” doesn’t hew to conventional storytelling (the virtually dialogue-free script was written by McQueen and playwright Enda Walsh). Sands doesn’t even appear in the film’s initial scenes.

Instead, McQueen focuses on a beleaguered guard named Ray Lohan (Stuart Graham) and a new prisoner, Davey Gillen (Brian Milligan), to plunge viewers into the unspeakably harsh and violent world of Maze. In a series of quiet, carefully orchestrated scenes of shocking filth and spasmodic violence, McQueen austerely captures the men’s barbarous rituals, with the prisoners defying authority by refusing to bathe or wear prison garb until they’re treated as political prisoners, and the guards regularly beating them into submission.

With each scene more distressing than the last (the maggoty food, the men urinating outside their cells and the prison janitors dutifully mopping it back in, sneaking messages to IRA leadership outside by way of every orifice available), “Hunger” still manages to achieve moments of grimly ironic beauty, such as when a snowflake melts on Lohan’s bruised and bloodied knuckle, or when the camera rests on an abstract cell-wall mural made of human excrement.

But it gets worse. Much worse. The final third of the film, a ruthlessly detailed tableau of the end of Sands’s life, will doubtless change forever the viewer’s understanding of the term “hunger strike.” (Most of these anguishing sequences transpire without dialogue, with only Margaret Thatcher’s periodic defiant pronouncements offered as context.) To McQueen’s credit, he resists depicting Sands as a martyr, although he’s clearly alive to the iconic implications of what could be called a secular Passion play. But primarily, he forces viewers to encounter squarely what it means to embark on such an action, with all the literal and metaphoric waste it involves.

Why should viewers put themselves through the agonies of “Hunger”? The key to the film lies midway through, in an extraordinary 22-minute scene in which Sands (Michael Fassbender) debates with an acerbic Catholic priest (Liam Cunningham). Sitting across a prison lounge table smoking cigarettes, the two men spar for a little bit, taking each other’s measure, gradually moving on to a riveting argument about what Sands is about to do.

Compared with the physical brutality and degradation seen during so much of “Hunger,” the scene unfolds as an exhilarating battle of words, where wit and language take the place of fists and clubs, and where the stakes are just as high. Staged in one still, unbroken take, the sequence makes everything that has gone before and what follows, if not entirely comprehensible, at least put in necessary philosophical context.

That one scene makes “Hunger” what it is: a tour de force of writing, acting and riveting moral complexity. McQueen has taken the raw materials of filmmaking and committed an act of great art. 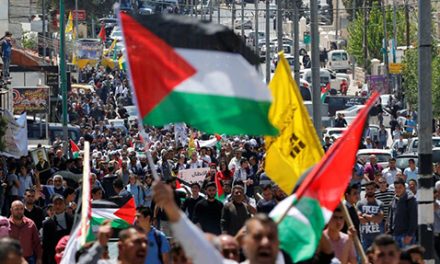