Thirty four years ago, in the early hours of this morning, 5th May, Bobby Sands died on hunger strike after sixty-six days without food. There is not a day that passes when we don’t remember Bobby, Frankie, Raymond, Patsy, Joe, Martin, Kevin, Kieran, Thomas and Mickey.

THE RHYTHM OF TIME

There’s an inner thing in every man,
Do you know this thing my friend?
It has withstood the blows of a million years,
And will do so to the end.

It was born when time did not exist,
And it grew up out of life,
It cut down evil’s strangling vines,
Like a slashing searing knife.

It lit fires when fires were not,
And burnt the mind of man,
Tempering leadened hearts to steel,
From the time that time began.

It wept by the waters of Babylon,
And when all men were a loss,
It screeched in writhing agony,
And it hung bleeding from the Cross. 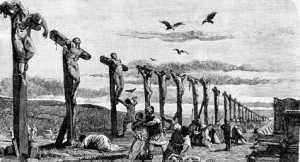 It died in Rome by lion and sword,
And in defiant cruel array,
When the deathly word was ‘Spartacus’,
Along the Appian Way.

It marched with Wat the Tyler’s poor,
And frightened lord and king,
And it was emblazoned in their deathly stare,
As e’er a living thing.

It smiled in holy innocence,
Before conquistadors of old,
So meek and tame and unaware,
Of the deathly power of gold.

It burst forth through pitiful Paris streets,
And stormed the old Bastille,
And marched upon the serpent’s head,
And crushed it ‘neath its heel.

It died in blood on Buffalo Plains, 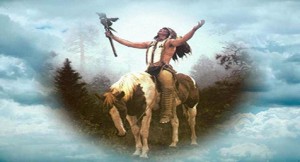 And starved by moons of rain,
Its heart was buried in Wounded Knee,
But it will come to rise again.

It screamed aloud by Kerry lakes,
As it was knelt upon the ground,
And it died in great defiance,
As they coldly shot it down.

It is found in every light of hope,
It knows no bounds nor space,
It has risen in red and black and white,
It is there in every race.

It lies in the hearts of heroes dead,
It screams in tyrants’ eyes,
It has reached the peak of mountains high,
It comes seating ‘cross the skies. 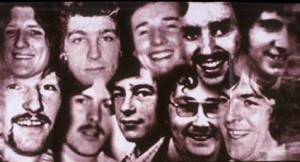 It lights the dark of this prison cell,
It thunders forth its might,
It is ‘the undauntable thought’, my friend,
That thought that says ‘I’m right!’