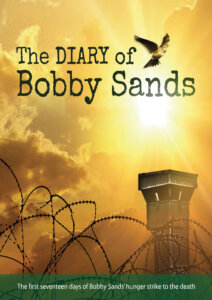 This new edition, corrected against the original handwritten English and Irish manuscript (held in the National Library) for the first time since 1981, has been reset and redesigned for publication on the fortieth anniversary of the H-Block hunger strike.

It contains new material: a facsimile of the actual first page of Bobby’s diary, originally written on prison toilet roll and smuggled out of the jail; a facsimile of Bobby’s consent to run for election in Fermanagh and South Tyrone; and contemporaneous ‘comms’ from his comrades about what was happening in those first seventeen days.