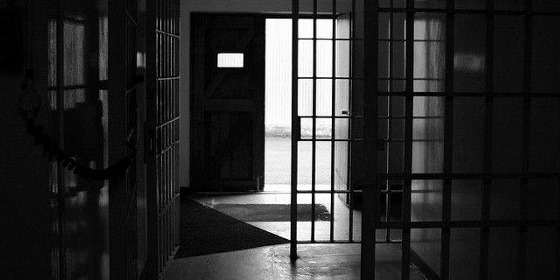 Former blanket man Eoghan Mac Cormaic attended a meeting in London last week, part of a series of reflections on the 1981 hunger striker organised by the Irish Times. Here, he reports on the conference.

A few months back I noticed an advertisement for a symposium called ‘Rethinking the 1981 Long Kesh / Maze Hunger Strike: 35 years on’. I mentioned it to the Bean an Tí, who is busy researching prison handicrafts for an MA thesis, thinking it might be of interest and we were soon busy searching for flights and Airbnb’s to bookend the event.

More than seventy participants spent Monday 27th June at the University of Notre Dame in London, revisiting the 1980-81 hunger strikes in a day-long seminar organised as part of an Irish Times re-analysis of the events of that historic time. Directed and driven by two PhD researchers, Alison Garden and Maggie Skull, the day’s talks were framed around a number of themes; a screening from the prison memory archive and an informative open discussion to end the day.

The opening remarks by Skull and Garden asked that all who wished to make any points in reply to contributions from the panellists, or from other members of the audience, would do so in a polite and respectful way. It was clear that the divided historical perspectives, and memories of the period, would be in the room even while some of the papers were evidently more to do with research tangents than the events of 1980-81.

The first panel of the day talked of the theme ‘Space’. Laura McAtackney, author of An Archaeology of the Troubles: the dark heritage of Long Kesh/Maze Prison gave an interesting account of the material cultural artefacts (including the remaining prison buildings themselves) of the hunger strikes. Her comments noted the way material objects changed over the final years of the deserted prison with items going missing, either removed as souvenirs, trophies, or to be safeguarded in local collections such as the Eileen Hickey Museum. McAtackney also noted the inherent danger of memory itself, changing, fading, inventing over time and that in some ways there is more importance in the memory attributed to an object than to the veracity of the object itself.

On the panel with her was George Legg, making a vain attempt to link the hunger strikes to a poem by Medbh McGuckian, and theories of ‘biopolitical space’, the body politic. UCD Lecturer Emilie Pine’s contribution was on ‘Mediating the Memory of the Prison Protests and Hunger Strike’. This talk examined the portrayal of the hunger strike in film, focussing on the film Hunger, a film which caused some difficulty for the contributor as it dealt with themes of cleansing and the purification of the hunger striker’s body to an almost Christ-like appearance at the end of the film. That discussion, like McAtackney’s, brought forward a lot of questions, and statements, from the floor – not all in agreement.

Feminist perspectives were given in the next panel, when Caroline Magennis returned to the theme of biopolitics, in a talk on ‘History exists in your body’. The part attributed to women in troubles fiction, and the contribution of women writers, was examined in the Magennis talk.

The panel theme was ‘Body’, and this was addressed by Ian Miller, a lecturer in the history of medicine in UU who outlined a history of the use of hunger strikes in various countries over time, challenging the belief that this form of protest has its roots among Irish political prisoners, as he recounted examples from the suffragettes, India, the Middle East and even examples of non-political hunger strikes. Miller held nothing back when talking of the barbarity of forced feeding, a practice used to torture Irish POWS in English jails in the 1970s. The third contributer to this panel, Niall Ó Dochartaigh (an NUIG lecturer), raised the idea of the conflict between biological versus organisational time in the hunger strike negotiations. This very interesting subject was central to the brinkmanship played by the British during the hunger strike and opened a discussion from the floor as attempts were made to tease out who did what, when.

A most passionate contribution from Fr Joe McVeigh from the floor asked that if the symposium was to achieve anything that it should nail the atrocious lie that the prisoners were being directed from the outside.

A screening of extracts from the Prisons Memory Archive, a huge undertaking attempting to provide an online repository of interviews (with ex-POWs, families and former members of the prison staff) was shown by its author Cahal McLaughlin. McLaughlin spoke of the traumatic and emotional return many prisoners made to their former sites of detention, emotion which was not confined to ex-POWs over the events from 35 years ago, as one interview with a prison warder (a former Medical Officer) showed, as he struggled with a return to the prison hospital.

McLaughlin was frank, however, in admitting that not everyone was completely happy with the presence of ‘ex-screws’ on a par with ‘ex-POWs’, with aggressors being placed among those who suffered at the hands of prison warders on the inside.

The panel ‘Legacy’ followed with more opportunity for the audience to question the views of the academics: Stephen Hopkins (Politics), Stephanie Lehner (Literature and Cultural studies) and historian Thomas Hennessey.

Their analysis (including a reiteration of the discredited Richard O’Rawe) and a strange attempt to say that the hunger strikes gained nothing, or may have been one more glorious failure, or failed to reach what the prisoners set out to attain, gave rise to plenty of disagreement from the floor. This session led on, logically, to the final round table discussion with Laurence McKeown (former hunger striker), Fr Joe McVeigh (human rights campaigner), Liam McCloskey (former hunger striker) and Hugh Logue (formerly of the SDLP and the Irish Commission for Justice and Peace).

Unfortunately Hugh Logue needed to leave early, leaving less opportunity to find clarification of his views and the hints at a dark hand controlling events from outside. Before exiting he made a bizarre defence of Richard O’Rawe (saying he was in the same vein as the whistle-blower Garda Sergeant Maurice McCabe – a claim quickly dismissed by Laurence McKeown) and made a call for the Catholic church to open up for all to see their archive of their role in 1981.

The organisers deserve credit for the work put in to this conference, and for bringing so many disciplines together to discuss what is still so fresh for so many (families, friends, comrades) despite the tricks memory can play with days, dates or detail. Although billed as a conference for academics the input of four people – including two hunger strikers – who each had real roles in the prison protest and hunger strike narrative was vital and validated the work of the symposium. 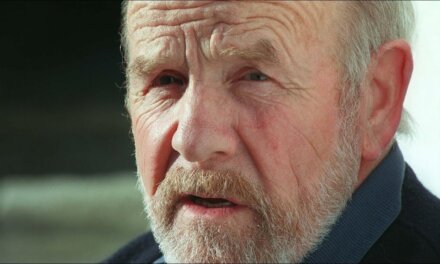