A 31-year-old soldier, placed in an Israel Defense Forces prison has refused to wear a prison uniform, address prison commanders using their official ranks and has gone on hunger strike in solidarity with Palestinians subject to administrative detention (internment).

Yaniv Mazor, a 31-year-old Jerusalem resident, was sentenced last week to 20 days in jail over his refusal to fill any position, be it combat or otherwise, in what he said was the occupying army. He was transferred to the IDF’s Tzrifin prison on Monday, launching his hunger strike the following day.

In a phone conversation with his attorney Michael Sfard on Friday, Mazor said that he had “become appalled over the last few months by the hunger strike initiated by Palestinian administrative prisoners, but I couldn’t do much about it.”

“I decided to start a hunger strike in solidarity [with the Palestinians], and in order to raise awareness on the issue of administrative detention, and not to prompt my own release,” Mazor added.

The IDF reserves soldier added that he was incarcerated “of my own volition, since I have done something for which I understand I must pay a price. The hunger strike is in protest of administrative detentions.”

Mazor’s friends at the left-wing NGO Ta’ayush said that they had learned that the reserve soldier was placed in isolation after he had refused to wear uniform in the prison as well as to address prison commanders using their official ranks.

Ta’ayush activists also said that prison officials had cancelled the automatic shortening of his sentence (a day for every 10 days), for unspecified reasons.

Mazor, a tour guide in profession, served in the armor corps between 1999 and 2002, with most of his service taking place in the Jordan Valley and some in the West Bank.

He had also reported six or seven times to reserves duty, when, as he told journalist Hagai Matar, the question of Israel’s occupation of the territories began bothering him more and more.

“I arrived in the army as a typical product of the system,” he told Matar, “a nice boy, serving in the territories, doing what he’s told. Without thinking. Mostly without thinking.”

According to Mazor, he had also tried so-called “grey insubordination,” in which the soldier doesn’t make his refusal public. However, after he had returned from a year-long trip abroad, he decided he could not “resume the façade anymore.”

At first, he was sentenced to a 15-day suspended sentence a week and a half ago, after announcing his refusal to serve. Sfard said Mazor was told by his battalion commander “to go home and think.”

“Yaniv told me that he spent the weekend in a tour of Hebron with Breaking the Silence – a NGO collecting testimonies by IDF soldiers concerning their service in the occupied territories – and in a tour of the South Hebron Hills with Ta’ayush,” Sfard said, adding: “His thinking didn’t change in those two days, and his stance regarding insubordination as well.”

He was then ordered to return to the base on Sunday, where the brigade commander sentenced him. According to Mazor, he was informed by the commander that he would continue receiving summons for military service.

In response, the IDF confirmed that a soldier had been put on trial and sentenced to serve time in a military prison, but added that out of respect for the soldier’s privacy it would not discuss details of the case.

Ann Harrison, Amnesty International’s Deputy Director for the Middle East and North Africa, in a new report, said: “Israel must release all Palestinians held under long-standing administrative detention laws or charge and try them promptly and fairly”

‘Starved of justice: Palestinians detained without trial by Israel’ documents human rights violations associated with administrative detention – a relic of British control of the area that permits detention without charge or trial on indefinitely renewable military orders. 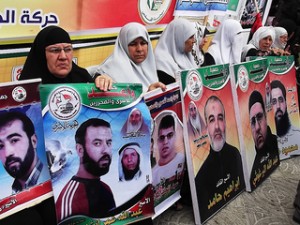 The report also calls on Israel to stop using these measures to suppress the legitimate and peaceful activities of activists in the Occupied Palestinian Territories.

It urges the immediate and unconditional release prisoners of conscience held just for peacefully exercising their rights to freedom of expression and assembly.

Administrative detainees – like many other Palestinian prisoners – have been subjected to violations such as the use of torture and other ill-treatment during interrogation, as well as cruel and degrading treatment during their detention, sometimes as punishment for hunger strikes or other protests.

In addition, administrative detainees and their families must live with the uncertainty of not knowing how long they will be deprived of their liberty and the injustice of not knowing exactly why they are being detained.

Like other Palestinian prisoners, they have also faced bans on family visits, forcible transfer or deportation and solitary confinement.

Israel has a duty to uphold due process and fair trial rights, and to take effective action to end torture and other ill-treatment of detainees.

Israel must also allow family visits for all Palestinian prisoners and detainees, and end forcible transfer and deportation. And Israel is obligated to investigate violations, bring perpetrators to justice, and provide reparations to victims. 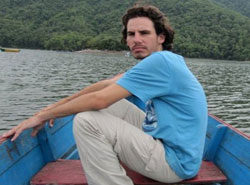 Inside A Hunger Strike