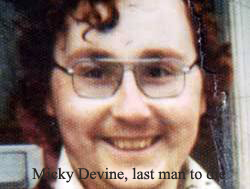 An attempt by the ‘Sunday Times’ [5th April] to call into question the republican leadership’s handling of the 1981 hunger strike by publishing British government documents released under the Freedom of Information Act has actually boomeranged on the reporter who wrote the story, Liam Clarke. [Liam Clarke, after being challenged by the Bobby Sands Trust, had to admit last month that a quote he attributed to Bobby Sands and used in a lurid headline – “Sinn Fein is turning into Sands’s dodo” – wasn’t said by Bobby Sands.]

The British government documents themselves – far from being incriminating – actually corroborate the account of what happened at the time by Sinn Fein, surviving hunger strikers, Brendan McFarlane, the Irish Commission for Justice and Peace and detailed research by authors David Beresford, Padraig O’Malley and Denis O’Hearn.

The documents can be accessed at the newspaper’s website .

Responding to the story the Secretary of the Bobby Sands Trust, Danny Morrison, issued the following statement. “I welcome the release of documents by the British government under the Freedom of Information Act, though I believe that their withholding of one or two particular documents is deliberate and mischievous.

“What is of interest is that a close reading of the documents supports not the sensationalist construction that the ‘Sunday Times’ and others have put on them but what republicans have contended all along, that the British government did not want a settlement on terms acceptable to the prisoners and that they played along with the delegation from the Irish Commission for Justice and Peace.

“It has been known for decades that the Republican Movement and the British were in contact in July 1981 during the hunger strike. As a result of that contact I went into the prison hospital on Sunday, July 5th, and told Joe McDonnell, Kevin Lynch, Kieran Doherty, Tom McElwee and Micky Devine, and told Brendan McFarlane, the leader of the prisoners, separately, that we were in contact and the details of what the British appeared to be offering in terms of the prisoners’ five demands.

“Those people who criticise the leadership for faithfully representing and echoing the five demands of the prisoners and trying to maximise their gains, especially after four hunger strikers had laid down their lives, would in all likelihood be criticising the leadership if it had tried to force on the hunger strikers acceptance of just one concession or two concessions from the British.

“Among the documents still being withheld by the British are the one whose contents were delivered verbally through an intermediary on July 5th and which I delivered verbally to the hunger strikers and Brendan McFarlane; and the one which the British rewrote hours before Joe McDonnell died on July 8th but which neither we nor the hunger strikers were given. They rewrote it, according to the newly released material, to alter its tone in response to a request, they say, by the Republican Movement. Crucially, if we accept this document then it indicates a Republican Movement anxious to settle, not prolong the hunger strike.

“The only reason the British could have for continuing to withhold this statement is simply to create and sustain confusion. These documents should be read alongside the timeline the Bobby Sands Trust has detailed. These documents also tally with a background interview from 1986 with a senior prison official, Sir John Blelloch, which he did not anticipate being published, but which the Trust released a few weeks ago.

“In that interview Blelloch states: ‘There was absolutely no change in the government’s position.’

“The documents in the ‘Sunday Times’ say: ‘The statement [the one still withheld – DM] contains, except on clothing, nothing of substance which has not been said publicly… It has been made clear (as the draft itself states) that it is not a basis for negotiation.’

“This was the real position of the British government and it is being lost among sensational claims which, unfortunately, are bound to cause pain to the families of the hunger strikers.”

The family of Francis Hughes, the second hunger striker to die in 1981, have responded to the latest story. Speaking through Oliver Hughes they said:

“Our brother Francis died on hunger strike along with nine other courageous men in 1981.

“We came through that terrible year of 1981 and all the years afterwards supported by our memory of Francis, a young Irishman of whom we remain very, very proud.

“That was 28 years ago but still there are those who for whatever reason bring up the past in a way that puts us through more pain and distress. If they are really concerned about how this one family of a hunger striker feels then I would ask them to put the issue to rest.