Around the world the name of Bobby Sands has become synonymous with the struggle of the weak against the strong, the oppressed against the oppressor, and his and his comrades’ example have been taken up by many other political prisoners from India to Palestine to Kurdistan.

And so it continues – the memory of our comrade, who would have turned sixty years of age this week, his and his comrades’ sacrifices and influence reverberate to this very day! 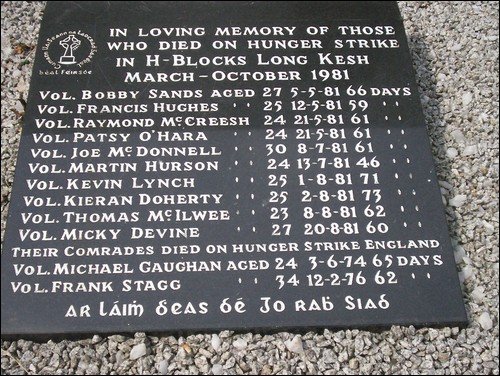 Here is a link to a tribute to Bobby Sands by his comrade, former blanket man Colm Scullion, which was recorded two years ago.