Silvia Calamati, Laurence McKeown and Denis O’Hearn recently received the Alessandro Tassoni Award in Modena, Italy, for their book, ‘Il diario di Bobby Sands. Storia di un ragazzo irlandese’ (The Diary of Bobby Sands. The Story of an Irish Young Man) Rome, Castelvecchi Editore, 2010. Silvia Calamati was also given a cheque for 1000 Euros which she is donating to a Belfast Irish medium school for children.

The book was welcomed and applauded by both the award jury and the audience. In giving the award to Silvia Calamati Professor Francesco Muzzioli, Professor of Literature at La Sapienza University ( Rome)  and member of the award jury, said: “Thirty years after the dramatic events which led to Bobby Sands’ death after a long hunger strike, his story is brought back to life in this book. Written by Sands’ fellow inmate Laurence McKeown, with the help of journalist Denis O’Hearn, the Italian edition has been repared by Silvia Calamati. She has added a series of photos of the Long Kesh prison where Sands and the other prisoners were kept in inhuman conditions.

“It is the story of a twenty-year old boy who just through culture and studying found the will to fight back against his imprisonment.  Faced with cynicism and violence, he chose as the ultimate form of protest to abstain from food, suppressing within himself his own survival instinct. The book’s narrative alternates between the present and the past, including passages from Bobby Sands’ diary, which follow step by step his final days. They make us feel at close hand the courage of his radical form of struggle.

“Each chapter reconstructs part of his life, prior to his arrest, his growing political awareness, his first and second imprisonments, the worsening of the detainees’ conditions, followed by the hunger strike and his election to parliament and death on the 5th May 1981.

“The book also contains descriptions of the other young people who followed Bobby Sands in the strike with its inexorable consequences. It finishes with the lyrics of the songs that were themselves a result of this form of resistance against oppression. Whilst the slowness of the diary shows incisively the devastation of physical weakness, from the biographical element emerges the palpitating portrait of an ‘everyday hero’. Because Bobby Sands – we can see him in photos and wall paintings reproduced in the book – is a boy of the Sixties and Seventies, long hair and guitar, who like so many others demands independence, freedom and equality. His heroism consists in having not feared the threat of the power structure, and having shown himself, in the end, to be stronger than it.

“So, this is a book, which – beyond the historical issue which still causes discussion – must make us reflect about the ‘need for heroes’ and the high price of freedom. It makes us think about the ethical exhortation deriving from Sands’ story to “never surrender, never despair, never lose hope”. It should also serve to recreate ex novo the question of the European identity, in a period in which our continent’s unity seems to be falling apart on all sides even before it has been achieved: an identity capable of self-criticism, which takes account of episodes like these, of the grave lack of ‘human rights’ which took place in the heart of so-called civilisation”.

Footnote: Modenese Alessandro Tassoni (1565-1635) was an Italian political writer, literary critic, and poet. The Award was set up in Tassoni’s city of Modena in 2005 and has the support of the President of  Italy Giorgio Napolitano. It is sponsored by the Emilia Romagna Region  and by the University of Modena and Reggio Emilia, two of the most important universities in Italy. The Award is organized by the cultural association Le Avanguardie and by the magazine Il  Bollettario, in collaboration with Modena City Council , Modena Province and Biblioteca Estense Universitaria, the historical library in Modena. The Award is given each year to a book which, as a homage to Tassoni and his ideals, is recognized by the Jury Award as ‘innovative, inspired by values of freedom and committed to the building of a more just and democratic world’. 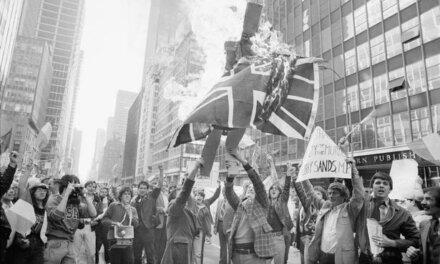