The strike is into its twelfth week. Twenty-one prisoners are being force-fed and five of the prisoners have been hospitalized though it is unclear how advanced is their condition. The protest began on February 6th when inmates claimed prison officials searched Korans in a way they considered blasphemous, according to their lawyers. Prison authorities denied the allegations. But the strike turned into a larger protest by prisoners against their indefinite incarceration without charge or trial over the past eleven years.

Although President Barack Obama promised to close the prison in the US base in Cuba where 150 al Qaeda suspects are being held without charge or trial, the number has increased under his watch.

More and more critics have called for the immediate closure of the facility. Among them is former chief prosecutor at Guantanamo, Air Force colonel Morris Davis, who warned that “unless President Obama acts soon, I believe it is likely one or more of the detainees will die.” 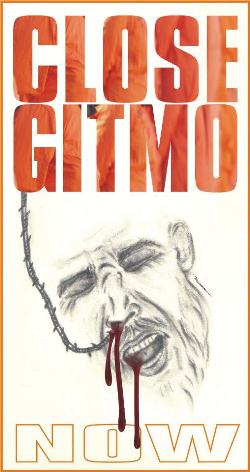