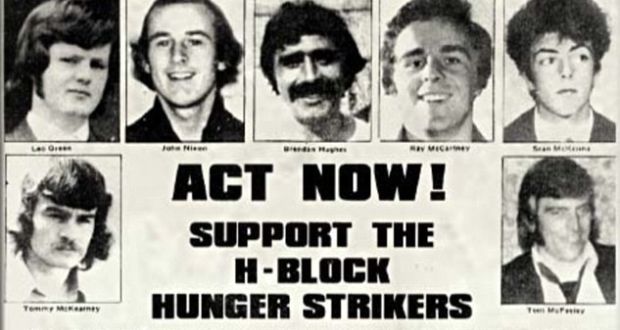 Raymond McCartney and Mary Doyle were two of many republican prisoners who went on hunger strike in the autumn of 1980 demanding the return of political status which the British Government had arbitrarily withdrawn. In this video they outline events from forty years ago.

On 1 December they were joined by Mairéad Farrell, Mary Doyle and Mairéad Nugent from Armagh Prison; and on 15 December another twenty three H-Block blanket men joined the fast.

(From 12 – 17 December six UDA prisoners also joined the hunger strike with the same demands, but including segregation from republican inmates.) 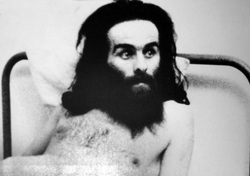 During the fifty-three day hunger strike there was a marked increase in the mobilisation of public support. Thousands demonstrated throughout Ireland. Many public figures were forced to respond. Some, including the Irish government, adopted the stance that it was difficult if not impossible for Thatcher to act under pressure. If only the prisoners would end their fast the government would put pressure on the British to change its policy.

The hunger strike, led by Brendan Hughes, ended dramatically on 18 December. It was called off by Brendan Hughes to save the life of Sean McKenna who was close to death, at a time when the British became involved in secret contacts with the republican leadership.

The British promised that they would progressively introduce a liberal prison regime and that the objectionable issue of ‘prison work’ would be interpreted liberally. However, as soon as the hunger strike ended, the tone changed, the ‘concerned’ politicians and prelates (some of whom had offered to act as guarantors) all but disappeared, some, no doubt, smug with the impression that the morale of the protestors and the back of the protest had been broken: a ‘defeat’ for the Republican Movement. The administration dug in its heels, insisted that the prisoners must wear prison-issue clothing, and made it impossible for the prison leader Bobby Sands to work out a compromise.

This was to lead to the second hunger strike, launched by Bobby Sands on 1 March, 1981.