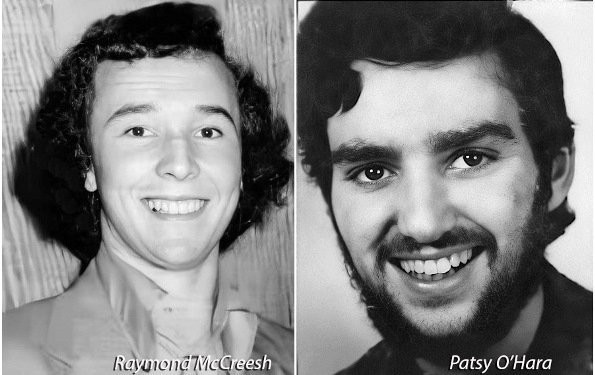 On this day forty years ago, INLA Volunteer Patsy O’Hara and IRA Volunteer Raymond McCreesh, who had both begun the hunger strike on the same day, died within hours of each other in the prison hospital. Below are two tributes to the men. The first is a tribute by writer and poet Osgur Breatnach who in 1981 was an executive member of the National H-Block/Armagh Committee and election agent for anti-H-Block prisoner candidate Tony O’Hara in the general election in the South in June 1981.  The second is an extract from a chapter by Paddy Quinn (who survived the hunger strike) in a new publication, The Comrades, written by former H-Block prisoners, which will be published by An Fhuiseog in August.

after you heard your city’s roar

on a cold bloody Sunday,

after the shooting’s slaughter,

formed a fist that never lightened.

You slept by day to riot at night,

They never got past your barricade.

Sixty nights and one

you stared them down.

And even as you lay past aid,

from Iraq to Venezuela,

to beat the air.

‘Derry boy Patsy O’Hara was a comrade and friend, an internationalist, socialist and Irish republican. In life he campaigned for universal social and political human rights. He died on hunger strike against political criminalisation and for political status in Long Kesh in 1981, after sixty-one days on hunger strike. He was twenty-three-years old.’

*From Hanging Out on the 11th Floor, a collection of poems on life, love and loss by Osgur Breatnach published by Amazon.

Three months after the withdrawal of political status in March 1976 an IRA active service unit was surrounded and caught in South Armagh after planning to attack a British Army post. Two of them, Raymond McCreesh and Paddy Quinn, were sentenced to fourteen years in prison. Both men went on the blanket protest.

In this extract from a forthcoming book, The Comrades, Paddy Quinn writes about his friend Raymond McCreesh.

‘There were huge risks involved, just as there were with any operation. As we moved into position we heard the helicopters rising and the ambush that had been laid for us began. We found out later that a British army undercover unit had been observing us.

We were in a quarry when we came under fire. Dan disappeared into the back of the quarry but we didn’t know if he had escaped, been hit or captured. He told us later that he thought that we had been killed because of the amount of tracer bullets that were being pumped into the quarry.

Raymie and I managed to make our way out of the quarry. We knew there was a cottage nearby and that the owners had a car. When we reached the cottage, it was empty and the car was gone. We broke into the house and took cover. Two helicopters had been circling overhead the whole time. Both descended: one of them landed at the front of the house and the other at the back. A burst of shots was fired into the room where we were taking cover.

I remember hearing one of the Brits shouting that they wanted to take us alive.

Raymie asked me if we should fight it out. I said that we should be ready if they rushed the house but if they wanted to take us alive, we would try and work out the best option. We knew that they wouldn’t let things drag on too long. There was a phone in the house and we got in touch with the local priest. He came to the scene and we were able to negotiate our surrender. We still didn’t know what had happened Dan and another Volunteer who had been with us.

As it turned out, Dan was captured in the quarry the next day. The other comrade had been shot several times but he had managed to escape and to fight another day.

We also lived to fight another day, but it was a different sort of battle.’

On 15 June, 1981, Paddy Quinn joined Joe McDonnell, Kieran Doherty TD, Kevin Lynch, Martin Hurson and Thomas McElwee on hunger strike. On 31 July, on the forty seventh day of his hunger strike, his condition deteriorated rapidly as a result of a hereditary kidney disease (which had killed his father). His family authorised medical intervention to save his life. 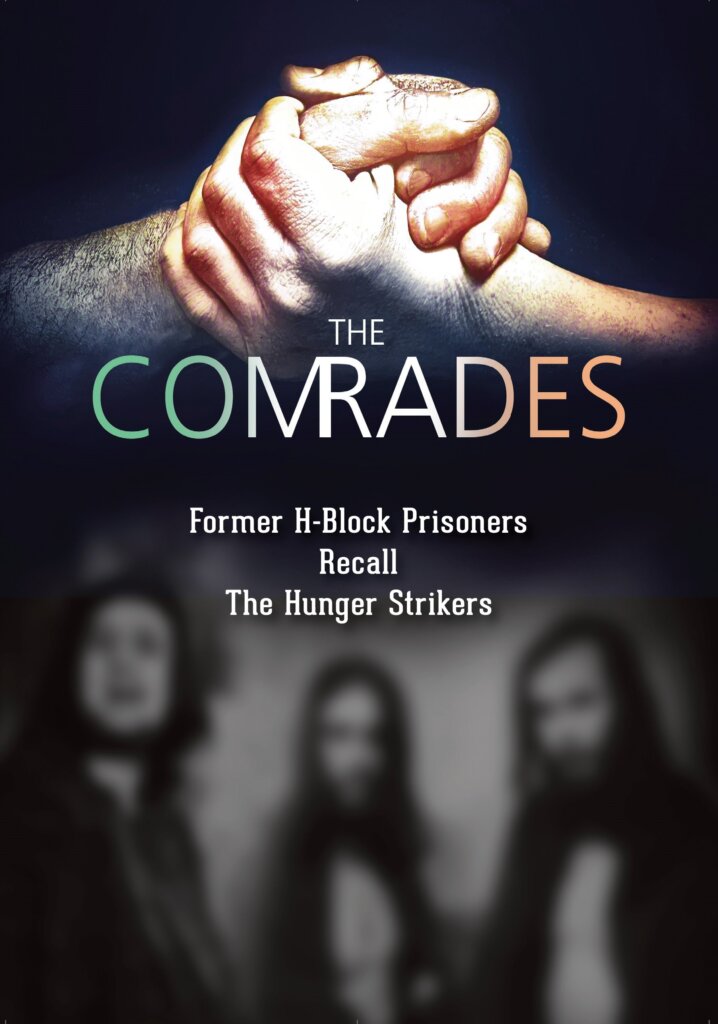