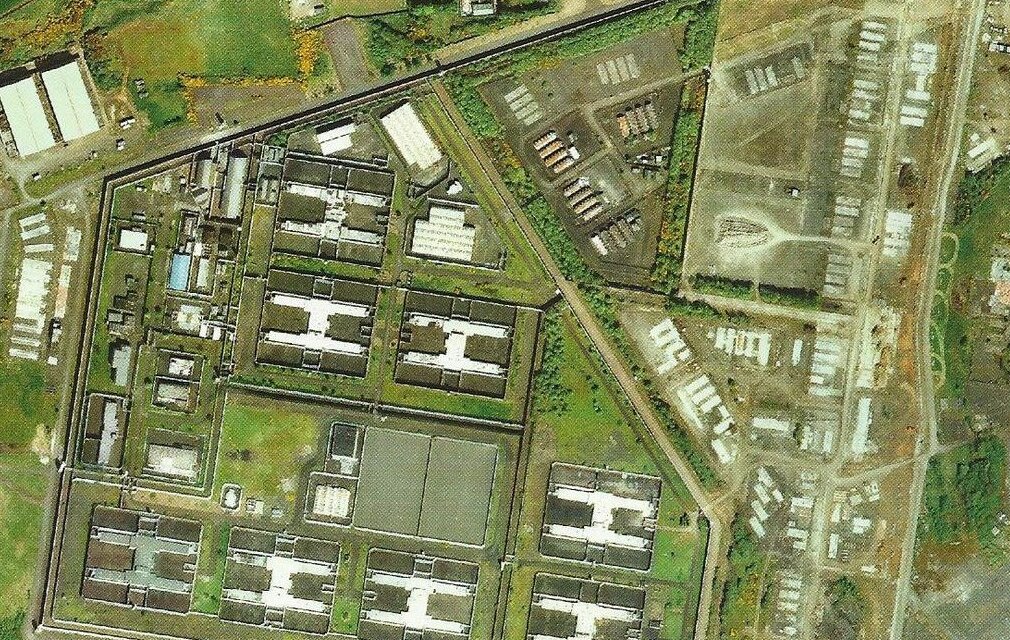 At 3.15pm, on this day forty years ago, the 1981 hunger strike ended after two hundred and seventeen days. With increasing family interventions as prisoners lapsed into unconsciousness the hunger strike as a weapon was voided. Within three days the British conceded the right of the prisoners to wear their own clothes thus ending five years of intransigence, the prison uniform being the symbol of criminalistion. Other battles would be fought—successfully—over segregation from loyalist paramilitaries, and the prisoners running their own lives within each block under a republican command structure.

In a statement, announcing the end of the longest hunger strike in Irish and European history, the prisoners said that the sacrifices of their ten dead comrades in the face of British intransigence had ‘given us international political recognition and has made the cause of Irish freedom an international issue. It has increased support at home and abroad for Irish resistance and has shown that the oppressed nationalist people and the political prisoners are one.’

The leadership of the Republican Movement sent the following comm to all political prisoners:

By the time you receive this the hunger strike will have ended. What develops from now will depend absolutely on a unified and principled attitude by you all to whatever moves (if any) are made by the British government. We cannot stress adequately the need to maintain such a unified approach towards your visitors and prison chaplains…

Nor can we stress the massive gains created for the advancement of our struggle by your courage and the heroism of our ten martyred comrades. These gains will be seen clearly as our struggle progresses.

For our part we reaffirm our admiration for you all. We will be in continual, daily contact with the O/C, H-Blocks, and will keep you fully informed of all developments.

In this letter to Gerry Adams, Brendan ‘Bik’ McFarlane, who had been the Officer Commanding during the gruelling seven months of the strike, tells of the immediate situation within the H-Blocks:

Comrade Mor, where do I start here? How’s about last Friday, eh? The Germans [prison administration] blocked me all roads on Friday and were obviously trying to extract a confirmation from me which I wouldn’t disclose at all. I did see Pat Sheehan [longest prisoner on hunger strike at this time; now a Sinn Féin MLA], at his request, for half an hour, and boxed him with everything. He’s quite a lad. Anyway, I retired on Friday night with one ginormous headache. Saturday morning, I stalled till 11.30am and then hit the Germans with a series of requests for O/Cs and hunger strikers, in that order. I told them I was confident of bringing an end to the current situation if I was facilitated. Things moved like lightning after this. I got to see all O/Cs for individual sessions (five minutes at a time) and boxed them on the position. I then headed for the hospital and saw all the hunger strikers together and covered all points with them. They got a sound breakdown on the situation and agreed to a man that the intended course of action was our only option. At approximately 3.15pm they all terminated their fasts. Actually, the way things went I cut it very fine, but it worked out sound enough. On reflection I should have gone for a collective meeting with the O/Cs, but I wasn’t thinking when I submitted the requests – I was concentrating too much on making sure I got to see the hunger strikers asap. You should have received verbals on Saturday afternoon that I got all the meetings alright. So that was about the heap. We saw Silvertop [Fr John Murphy, prison chaplain] for about 10 minutes or so and boxed him off also. I returned to the block at around 4.30pm. The screws, generally speaking, are convinced that a deal has been worked out with NIO. So there ye are now. They’re a rare breed!!

The ‘Menace’ [Fr Denis Faul] arrived in this morning and I decided to see what reaction there was to the ending of hunger strike. He was happy enough himself and proceeded to give me a breakdown on his and Sagairt Mór’s [Cardinal Ó Fiaich’s] yarn with James Prior [British Secretary of State] the other day. This issue was top of the list and the Menace gave me his observations. He reckons we are in a strong position and that pressure is now fully on the Brits to make positive moves. He pushed the line of own clothes, full remission, wider range of activities with choice by prisoners. They told Jim Prior that POWs always had a command structure in jail and always will have and that the best way to establish a settlement was to work through representatives in here. He also suggested that the O/Cs should allocate the tasks and men to carry them out. I said that if I had a choice of work and could appoint my men to do specific tasks then that was sound by me. I used Cages as an example and held to the self-maintenance line plus education to bolster this up. Obviously the Brits are thinking of workshops etc. The Sagairt Mór raised the cultural and historical aspect. The Menace reckons the Brits will move as we terminated at a very opportune time – new SOS [Secretary of State] – both he and Gowrie [British minister, deputy to Prior] have high political ambitions – Conservative Party conference in four weeks or so. Plus, he apparently assured the Sagairt Mór that there would be no misunderstanding this time in regards to a successful conclusion (whatever all that is worth, of course).

The Menace said that one of our lads had suggested bringing on the Irish Commission for Justice and Peace – this is true; it was one of the IRSP. I said that their proposals were a major dilution and would not provide a feasible settlement, so it was pointless talking about them. He also asked if I felt I’d like to see the Sagart Mór – I said: No! He reckons Gowrie will see me personally in the near future to put some offers to us. I reckon he will alright, so we’ll see what gives. OK? We shall just have to keep our cool and stay on top of the situation. Apparently Jim Prior has a team of Civil Slaves drawing up a plan for end of hunger strike. We had a fair yarn this morning (that’s the boys and me) and cleared the air on a few points. Jake [Jackson, blanket prisoner] has a breakdown for Joe [Austin, Sinn Féin].

In short, we believe that we cannot hope to maintain a protest for a protrac­ted period and therefore we must move asap to get ourselves above present level – i.e. dispensing with blanket protest and trying to build up. We will need to cut out the penalty aspect for refusal to work – otherwise men just won’t hold together. We reckon we can get segregation by fighting for it. The Brits may give us this anyway if they genuinely wish to avoid trouble in here. Before we can even begin to do or say anything, we will have to examine the Brit position and see exactly what he is at. Then we can start moving. Now what way will Armagh [women’s prison] be fixed? Can we link in with them via Pennies [Danny Morrison] or someone to ensure that whatever is happening is done in unison? What do you reckon the chances are of conducting discussions with Armagh via special visits with Pennies etc.? Before any decisions are arrived at I will conduct talk-ins with as many of the lads as I can get around a table. Contact with yourselves may not be granted – i.e. special visits, so we will have to ensure good lines. We don’t need to rush into anything, so we will just slow everything down and take days to talk things over if necessary. You can let me have an attitude to what way you lot view the situation. I have a visit with Joe this Friday OK? I think that’s about all for now. Oh yes, some of the boys gave us a bit of stick about that statement we put out against the Menace. They reckon we ripped the clams out of it. I made no apologies, sin sin. I’ll slide off here now and get some other comms done. Keep the fingers crossed. By the way, I don’t want to start running for meetings with O/Cs until there is something happening? Regards to all the boyos. Take care and God Bless. 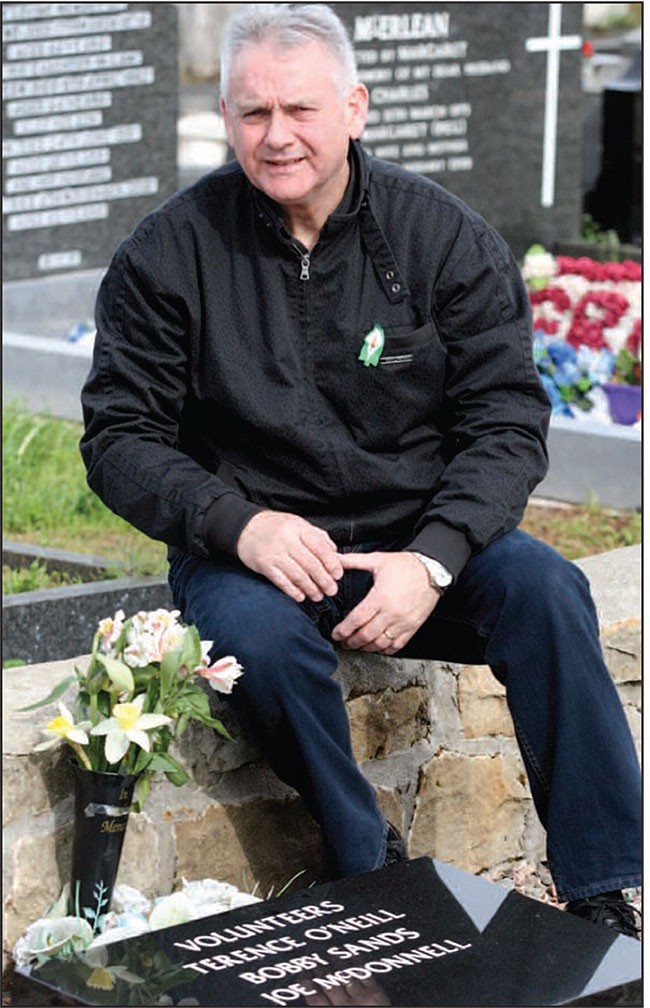