Last week the South African writer David Beresford died. David had been the Guardian’s Ireland correspondent in the late 1970s and early 1980s and was only one of two journalists who met Bobby Sands in prison.

Beresford approached the Republican Movement after the hunger strike and asked for their cooperation in his writing a book about the prison struggle. The Movement agreed and – to his surprise – allowed him access to the archive preserved by Tom Hartley who chaired the H-Block Information Centre during that period.

Tributes to David Beresford and the story of David’s Ten Men Dead can be found at the following links. 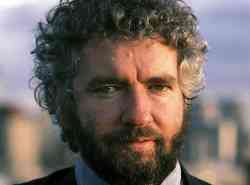