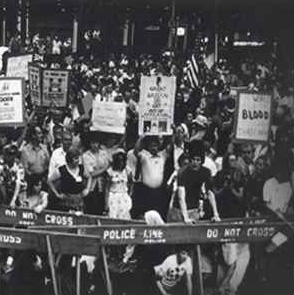 1981 Hunger Strikes – America Reacts
Traces the evolution of public opinion in the United States from before the strikes – when few outside the Irish American community knew what the issues were in the north Ireland – to their conclusion when public awareness was at its height. It also examines the degree to which the American media and the Irish American public gave the hunger strikers the legitimacy they needed to press their cause in Washington and London. The purpose of the exhibit is twofold. First, to present a body of new primary resources and, second, to inspire reflection on the very nature of public opinion making.